Established in 1994, Sacha Calmon – Misabel Derzi Consultores e Advogados (SCMD) has been recognized since its early years as the benchmark in Tax Law in Brazil. Through its offices in Belo Horizonte (MG), Rio de Janeiro (RJ), São Paulo (SP) and Brasília (DF), and with a far-reaching network of correspondent law firms, it provides legal services nationwide.

The office stands out due to its specialization in Domestic and Foreign Tax Law, assisting clients in administrative and court litigation and also issuing legal opinions on complex tax matters.

Highly-regarded legal publications such as Chambers Global, Chambers Latin America and Análise Advocacia commonly mention the firm and its partners as remarkable references on the field, featuring them among the country’s leading tax lawyers.

The legal staff of over one hundred professionals is led by the renowned professors Sacha Calmon and Misabel Derzi, the founding partners of the firm. All the other partners also have impressive qualifications and experience, which can be reasserted by their academic background and work experience in some of the country’s most prestigious law schools.

The office believes that its growth depends, directly, on the development of its peers (employees, partners and customers)

Based on such values, the office has as its mission to act in a responsible and ethical way in a competitive market. The attention shown to its employees, partners and customers form a link of quality that demonstrates that the exercise of the practice of law can and should be done ethically, loyally, and with professionalism and passion.

The trajectory of the firm

Before entering the teaching profession, Sacha Calmon had gained experience as an attorney in the public sphere, when he was attorney general of the Fiscal Attorney General’s Office of Minas Gerais, and in the private sector, with a distinguished period at the Internal Juridical department of Acesita (now Arcelormittal Inox Brasil). For her part, Misabel Derzi had wide academic experience and her opinions gained national proportions, being cited in judgments of the Federal Supreme Court.

Along with the opinions, important cases in administrative and judicial litigation were starting to be demanded of the office. 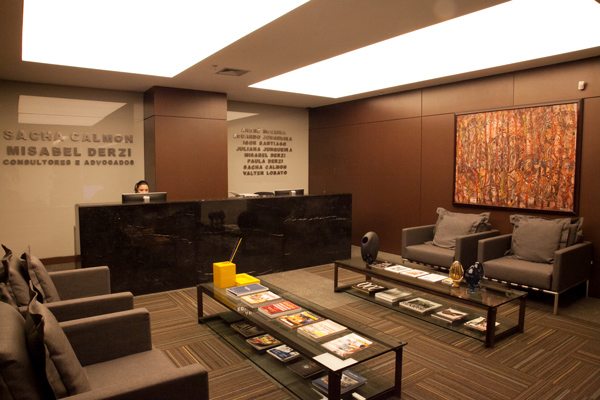 Subsequently, Paula de Abreu Machado Derzi Botelho and Juliana Junqueira Coelho were invited into the company as partners. Both brought extensive professional experiences from outside that boosted the project considerably, the first in the private sector, in another law office, and the second in the public sector.

Moving on to 2001, the partner André Mendes Moreira entered the firm, and became a partner two years later, participating actively in the whole process of transformation through which the office has passed in the last ten years.

In November 2003, to reinforce its activities in the field of direct taxes, SCMD admitted Eduardo Junqueira Coelho as a partner. Coming from a public career and with a multidisciplinary background, he is today one of those responsible for the consultancy sector.

In 2005, the attorney at law Valter Lobato, with extensive experience in the practice of business law, was invited to become part of the company.

The office has thus augmented its list of partners with figures from a new generation who will, in all certainty, remain faithful to the original project, based as it is on ethics, quality and incessant work in the unswerving defense of the cases that it takes on.

The growth of SCMD is due to the permanent critical examination of its internal processes and the development of the market. This continual perfecting is one of the office’s noteworthy characteristics. 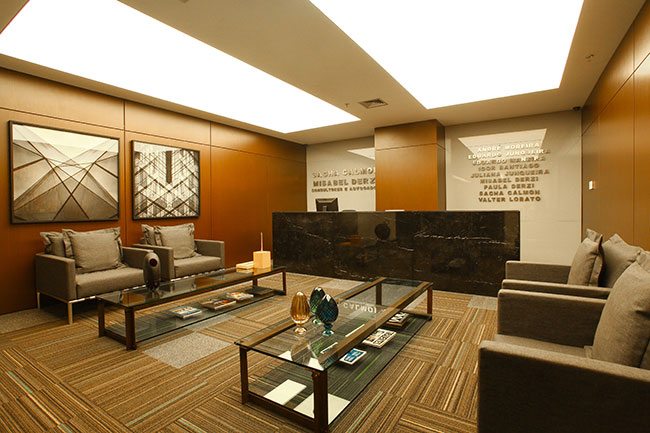 The setting up of units in São Paulo and Rio de Janeiro occurred because of the office’s need to strengthen relationships with customers in these cities.

The Brasília office has the function of serving local customers, guaranteeing personalized monitoring of the processes, in the final administrative and judicial instances.

The team’s union preserves itself naturally through the way people have of dealing with each other. An environment of friendship has been established, where everyone acts towards a common objective.

SCMD is still young, and it has a peculiar origin. Loyalty as the principal link between the partners walks side by side with a professional structure which can serve the most demanding customers in the market.